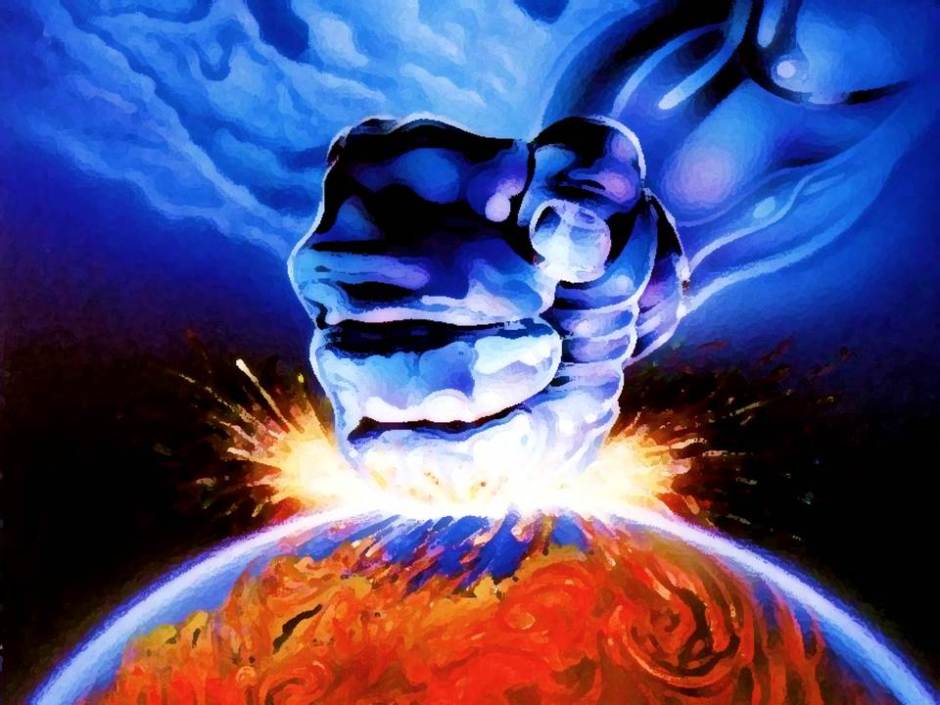 As we come out of a farce of an election, that many say was stolen, and I tend to agree in part, it is time to once again focus on what is really wrong in society.. In short? Almost everything.

Blessed is the nation whose God is the Lord, we see quoted over and over again… People posting memes on Facebook or wherever, with beautiful flags and bibles and all sorts of “God bless the USA” vibes just oozing from every angle. They act as if this is somehow God’s nation, a nation of God’s people – and somehow worthy of being blessed in any way, shape or form… I have some breaking news for you reader, it is NOT.

Our society, and with our own in America, we can also lump in the rest of the Western world, we have seen nothing but the most rapid, and unhinged explosion of sin and nastiness this side of the flood – or since Sodom and Gomorrah even. Androgynous sinners run about, flaunting their perversions of sexuality. Gender is being swapped, chopped, and thrown about as if it is something that can be argued. Women are abusing, controlling, and subverting God’s order of the family and church. Drunkeness, drugs and all manner of idiocy is becoming more and more acceptable, and babies are worth about as much as chewed bubblegum in the eyes of society.

The Laodicean church, (AKA the SBC, Calvary, Pentecostals, and all the other demon-inations) has no desire in combating the society as it turns down the road to collapse. Most of these faux-churches spend their time talking about how prosperous God supposedly wants us to be, or how much God wants you to give to their coffers. There is no preaching on Salvation through faith, in Christ, followed by the lifelong effort to always be a better Christian… Instead?

Churches now have gay, trans, or female pastors in droves. This is seen as being inclusive – as Christ loves everyone just how they are..

Psalm 10:3 KJV
For the wicked boasteth of his heart’s desire, and blesseth the covetous, whom the Lord abhorreth.

We live in a time where those that claim to be Christians, accept the sins of the Sodomites, and everything else that pops up. Ever try and make a statement about how such things are wrong? Be prepared to have people scream at you regarding how much we are to love… Yes we are to love, but we are to abstain from all appearance of evil – how do we do this? By making a point to rebuke sin, especially in those who claim to be Christians.

Frankly, dear reader, I do not think it really mattered who won the 2020 Election… Do you know why?

Society was on this path before President Trump was elected, the same ‘culture’ war continued disgustingly while Trump was in office, and it would have continued with him in office. Christians either are too afraid to speak out against the sin rampant in our churches, families, and communities, or literally do not care. Living in a place where sin does not bother you, makes me wonder if some are even saved at all… The Holy Spirit is an indwelling – and it convicts.. If you are in sin right now, and thought yourself a Christian, and don’t care? I recommend you get saved right now.

Ezekiel 14:12-16
12The word of the LORD came again to me, saying, 13Son of man, when the land sinneth against me by trespassing grievously, then will I stretch out mine hand upon it, and will break the staff of the bread thereof, and will send famine upon it, and will cut off man and beast from it: 14Though these three men, Noah, Daniel, and Job, were in it, they should deliver but their own souls by their righteousness, saith the Lord GOD. 15If I cause noisome beasts to pass through the land, and they spoil it, so that it be desolate, that no man may pass through because of the beasts: 16Though these three men were in it, as I live, saith the Lord GOD, they shall deliver neither sons nor daughters; they only shall be delivered, but the land shall be desolate.

Notice something in Ezekiel – it mentions Noah, Daniel and Job… Now modernist scientists – 1 Timothy 6:20 – we hear pound their gorilla chests saying that they didn’t exist, but God said they did. Notice these giants of the Bible, where stated to be only able to save their own souls by righteousness. What does that mean here?

It means that no matter how many saved (righteous by the blood of Christ) people inhabit this Sodom of a nation, God will not spare a single person when his judgement comes. When society flips its last finger to the Lord of Hosts, it will be over. This society will be barren – and not a single will be spared from God’s wrath, just because a few Christians are nearby.

Otherwise – we are on our way to a desolate and dark place… Regardless of who is in the White House.

This site uses Akismet to reduce spam. Learn how your comment data is processed.